There is no doubt that Internet advertising is the fastest growing medium in the industry, and a closer look at the cold, hard data will back this up.

According to Zenithoptimedia, the global online advertising market grew 17% in 2014 while traditional advertising methods grew by just 5.3% in the same period.

As the industry as a collective ploughs more resources and energy into mastering the art of ‘digital’, and with improved formats making advertising channels more interactive and effective, consumers are at a point where they are more likely to view, remember and interact with online advertising than they are with traditional formats like, TV, print and radio formats. 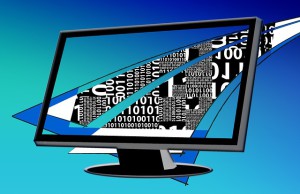 hort, technological advancements in media buying space are helping advertisers to reach the target audience at the right time with the right message at the right price.

If we look at the three biggest growth areas in digital, mobile is leading the way with an expected growth of 49.7% with social set to expand by 18% and desktop video by 15.1%. In start comparison TV advertising is set to decline by -1.8%, Newspaper by -4.4%. With only Magazine and Radio expected to grow by 0.7% and 2.3% respectively.

But, with video ads’ prices decreasing and an ease of use for advertisers to effectively target consumers via an array of methods such as before, during or after a video stream, embedded banner ads or in-text video ads, there has never been a better time to target the rapid growth of video consumption and the opportunity it brings for advertising.

Facebook being Facebook has realised this and wants to leverage the fast-growing video ad market, and their acquisition of LiveRail in 2014 is clear evidence of this. LiveRail is an online advertising platform and will allow the social media giant to monetise video efficiently in the future, and, crucially increase their reach even further.

So why would you want to part of a $121 billion industry? Well, the question is: Why would you not want to?

Reach. You can create a video ad, upload it to YouTube and potentially and quickly reach millions of consumers for a fraction of the price of flighting a TV advert which will reach a very specific and perhaps unintended market.

Ignite a community. Distribution of digital content, be it in the form of news, articles, video or advertising, allows consumers to openly debate and engage. By drawing users to your website or blog and enticing them to comment you give them a platform to respond and challenge both authors and other users alike, resulting in a healthy community of users who will come back for more. Traditional media, on the other hand, is a one-way street with consumers unable to interact or engage with what they are consuming.

Flexibility. Within the digital space, you have the opportunity to manage multiple different campaigns across a variety of channels and devices. The ability to mix and match allows for a degree of flexibility that is unmatched by traditional advertising methods. A video ad flighted on YouTube can be shared across multiple social channels and even customised to suit those different mediums such as Facebook, Instagram or Google Video Ads.